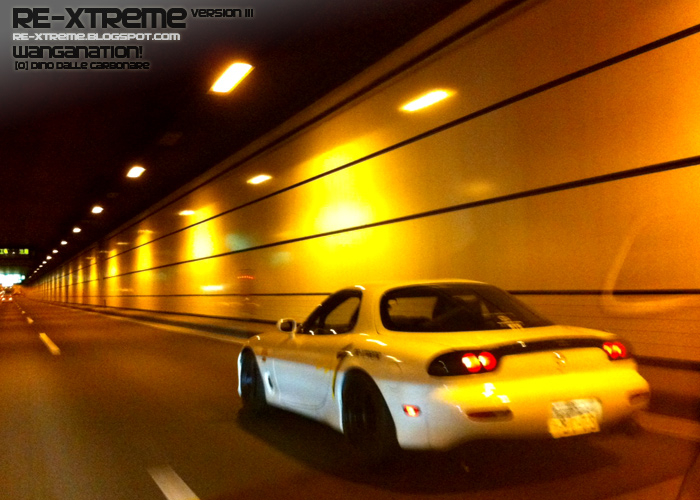 Email ThisBlogThis!Share to TwitterShare to FacebookShare to Pinterest
5 comments 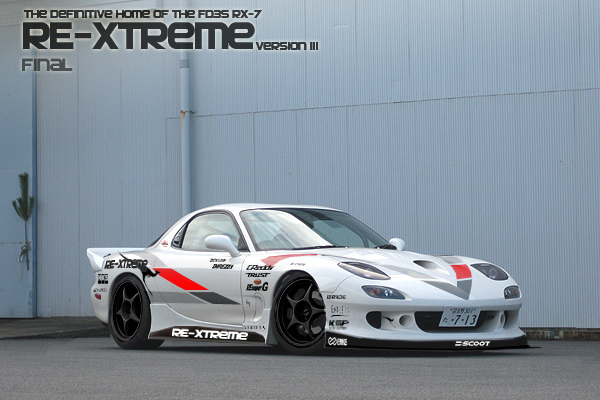 Today was a very "Liberating" day for me.

I say liberating, because for the past few months the daily sight of my perfectly usable, but undriven FD3s Version III was haunting me at every glance.

When would I ever, get the chance to drive it as intended. Well very often the answer was "unforeseeable", so the decision was made to let to go at an acceptable price.

If you read this blog from the beginning to end. It's kind of a story about wanting something you are ill prepared for, but desire so much that you proceed knowing there's a fine line between dreams coming true and the torture of unfulfillment. I guess this one ended in the latter, but not without some fun along the way.

Having spent a sum of cash, modifying the car with necessary upgrades for reliability, and cleaning up some bits and pieces, I was well within sight of constant enjoyment. The earthquake and nuclear issues in Japan, along with other things, took some needed cash away from this project and as such, left it dormant, creating a tormenting situation rather than the optimistic approach I took from the beginning.

So while many of the initial dreams remain, the original intention for this particular vehicle will never be realized. So I'm not taking a drastic, but otherwise realistic approach in selling the car. Today it has left my possession, which has already created an element of positiveness for the future.

I've done less than 3000klms in this one, but with well chosen destinations, I enjoyed every second. I never once thought I bought the wrong car. I definitely bought the right car at the right time at the right price, but the circumstances have changed around me.

So for now it's back to an FD3less life of dreams vs reality. 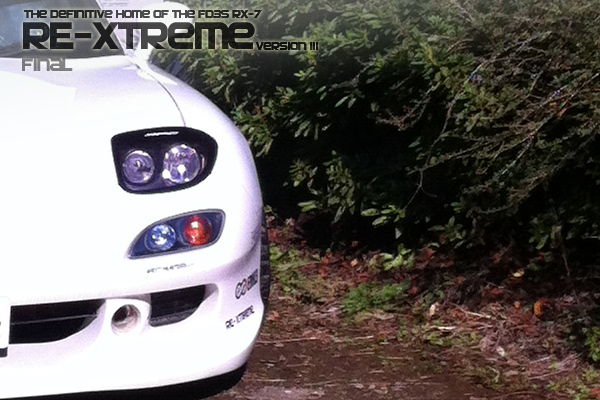 Email ThisBlogThis!Share to TwitterShare to FacebookShare to Pinterest
4 comments 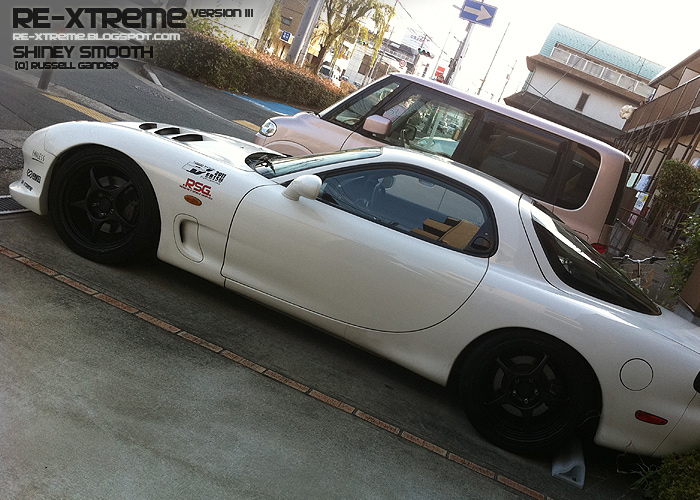 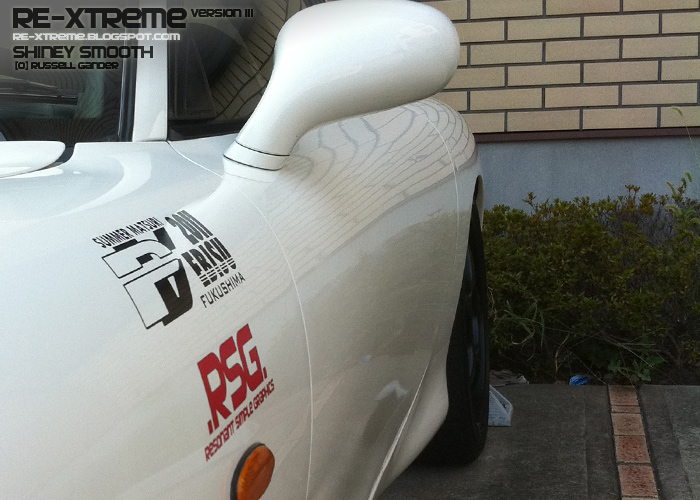 The guys at Tomiyama did a great job. Also, thanks for the clean! 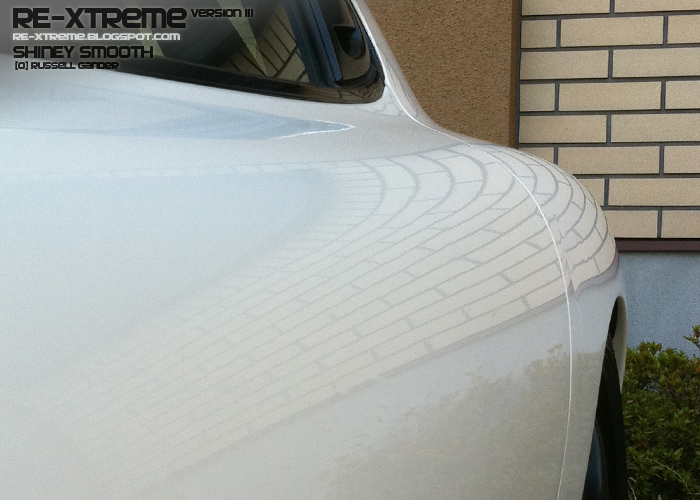 The rear quarter has a dent too, but as it was free to repair, just the door thanks.

Email ThisBlogThis!Share to TwitterShare to FacebookShare to Pinterest
0 comments 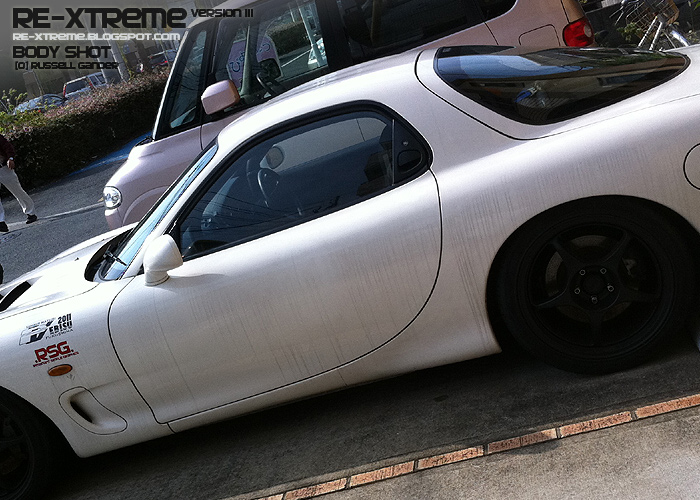 Notice anything? FILTH! I haven't cleaned the car for a while! Part race track filth, part highway filth, part radio-active typhoon enhanced rain etc. Anyway, under this is a dent created by a nice guy who offered to pay for his damage.

So I dropped off the car today for the corrective cosmetic surgery.

Then it's off to auction. 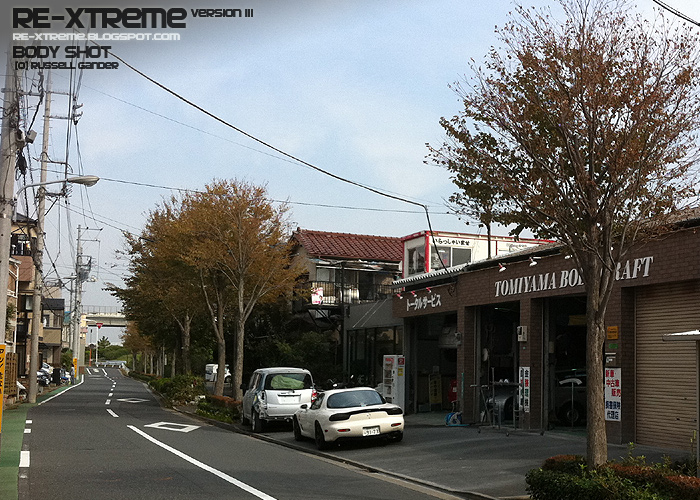 Email ThisBlogThis!Share to TwitterShare to FacebookShare to Pinterest
0 comments 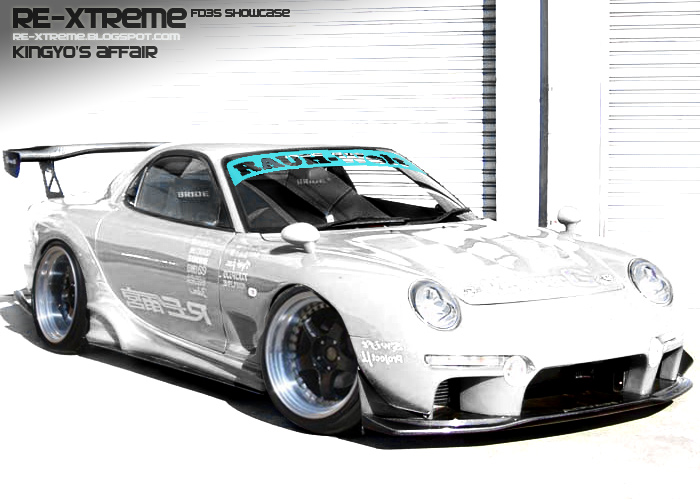 This is somnething I'd love to do. Just totally over the top, but it's driving me crazy I can't sleep!

The ultimate mix of RWB and RE-Amemiya. two things I love. Kingyo's Affair.

Only need 3~4K to build it? Any sponsors out there?

This FRP body is designed for 18x9.5+22 so there's an extra 30mm that needs to be found. It aint happening. hahaha 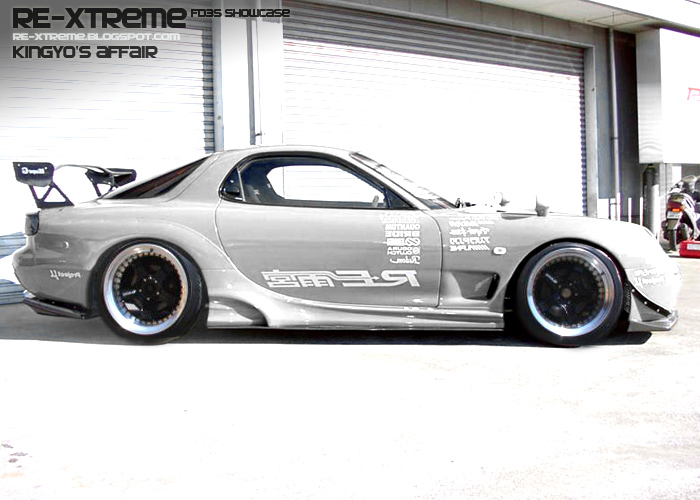